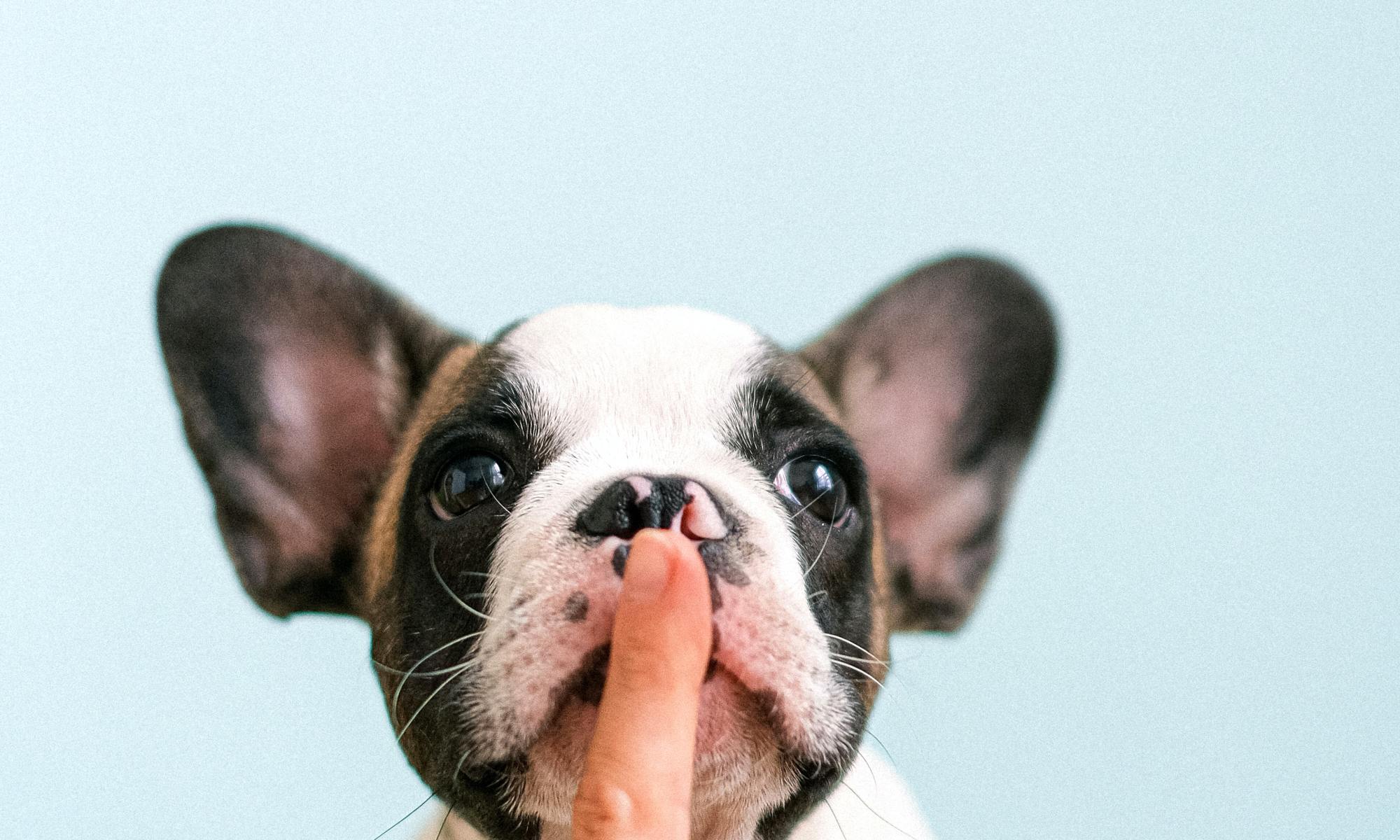 There is more discussion surrounding this question than ever before; this is what you need to know

City animal shelters and rescue groups are still the most common places to adopt new pets. In these instances, the pets have usually already been spayed or neutered (fixed) before they go up for adoption. So, by the time you get them home, you don’t have to consider the decision at all.

In some cases, you may adopt a pet that has a clause in the adoption contract binding you to seek spay or neuter in a given timeframe. In other adoption scenarios, there may be no guidance on when to spay or neuter at all. The reason behind the recommendation of spay and neuter for all pets remains the same as it has for many years. Namely, population control. There are still over a million pets that don’t find homes each year according to the ASPCA. Now, keep in mind, that some of the animals that don’t find homes may be too sick or too aggressive to attempt a rehoming; however, there is still a clear surplus of potential pets out there. Therefore, we have not reached a point where widespread spay and neuter should be stopped. What’s less clear is when to do it.

So, let’s get down to the nuts and bolts of it here…

As a general rule, feline spays and neuters are still almost uniformly recommended at a young age. Generally, six months of age and younger is the goal. This has to do with a few different factors. For one, people are less likely to keep their cats exclusively indoors or supervised when outdoors which allows for a higher risk of breeding. Two, cats have more heat cycles each year and can come back into heat more quickly after a litter than dogs. Three, female cats (Queens) are at a higher risk of mammary cancers once they’ve had a heat cycle, and mammary cancers in cats tend to be much more aggressive than those in dogs. Four, cats are far more likely to be found as strays which may affect their ability to be brought back into the veterinary clinic multiple times while young which favors a one-and-done approach. Fifth, if you’ve ever lived with an intact male cat, you know that the smell can be unbearable. They can be prolific markers of their territory.

Most shelters will spay and neuter on intake when cats may be as young as 2–3 months old (occasionally even younger). In the clinic setting, I generally recommend owned cats come in to be fixed between 4–6 months of age because cats tend to reach sexual maturity around 6 months of age.

Luckily, the recommendation for feline spays and neuters is pretty straightforward. You will likely be guided to have your cat fixed between 4–6 months of age.

A note about dogs

A landmark study released by the University of California, Davis (UC Davis) in 2020 has renewed discussion around the timing of canine spay and neuter. This study highlighted the importance of sex hormones in the maturation of our canine friends and summarized some of the vast research on this topic. The study found an association between early spay/neuter and a higher incidence of orthopedic disease as well as certain cancers in both male and female dogs. To complicate matters further, the study found significant variation between breeds in terms of their likelihood to develop complications post spay/neuter performed at a younger age.

The study reported on 36 breeds of dogs. I will not be able to go through each individual breed here; however, the results vary significantly. Some breeds showed little to no association and others showed quite strong correlations. Ultimately, the study has stimulated more discussion about the timing of spays and neuters.

The timing for dog spay is a bit more complex than it is for cats. Historically, the recommendation was to spay before the development of the first heat cycle. This recommendation came about because, like with cats, female dogs have a strong association between heat cycles and the eventual development of mammary cancers. This was coupled, of course, with the historic goal of preventing pet overpopulation. Thanks, Mr. Barker.

However, in light of newer research, if you own a larger breed dog you will likely have a discussion with your veterinarian about waiting to spay until your pet is a little older. Some veterinarians will recommend simply waiting until you notice a first heat cycle and then spay a few months after that. The thought here is that you have given the sex hormones ample time to affect growth and potentially mitigate some of the risks noted in the study above. Others will recommend waiting until about 8–12 months of age to allow your pet to reach close to their adult growth potential but hopefully still beat the first heat cycle — which occurs later in larger breed dogs. Other veterinarians still, may recommend an older age to spay based on their own experiences and practice procedures.

It is important to note that these are evidence-based guidelines, they are not hard and fast rules. So, there is still some personal preference involved in the decision-making process. Additionally, the spay procedure performed after a heat cycle (or especially during a heat cycle) will often be more expensive and may carry a higher risk of intra- or post-op complications. So, it may be worth discussing this aspect with your veterinarian as well.

The heat cycle can also be quite messy, including up to three weeks of bloody discharge for some dogs, so some owners may prefer to not even risk experiencing this. Ultimately, I recommend around 6 months of age for small breed dogs. Then, depending on the owner’s preference, I will usually shoot for 8–12 months in larger breeds.

Much of what has been described for canine spays will apply to the neuter as well. Namely, the risks of orthopedic disease and certain cancers seem to apply to specific breeds of dogs with early age of neutering as well.

Male dogs that are left intact do carry a higher risk of testicular cancers and certain prostatic issues; however, if these develop, neutering at that time can oftentimes be a cure. Furthermore, these develop at a lower frequency than mammary cancers do in females, so they often don’t factor into the general neutering discussion.

While medically there may not be as direct an argument to neuter your male dog as there is for females, there is a stronger behavioral component. Testosterone-driven behaviors, such as roaming, mounting, marking, and aggression can all be experienced by leaving your pet intact past sexual maturity.

I like to advise owners that hormones may drive these behaviors initially, but training (or lack thereof) allows them to persist. That is not to sound critical, but some owners do not wish to do additional training to abolish some of these behaviors; and therefore, may prefer to pursue neuter before they develop.

Unfortunately, neutering is not a reliable ‘cure’ for these behaviors either, especially once they develop. So, I counsel owners that the safest route is to neuter before they develop; however, this is still not a sure thing.

Waiting for neuter male dogs is often easier to accomplish based on the factors discussed above. If the risks are made clear in terms of potential unwanted behavior and the owner is confident they can prevent unplanned pregnancy, then I have no problem waiting on neuters until 12–18 months (or older) especially in larger breed dogs. For most small dogs, I still usually shoot for about 6 months of age.

It is important to be aware; though, that dogs are impressive escape artists when they are attempting to breed. So, if you have an intact female anywhere nearby, you’ll need to take the utmost precautions against your male dog escaping and breeding her. While this may seem comical, I have seen male dogs learn how to open doorknobs, scale 10-foot fencing, escape from their leash or harness, and more.

If you’ve made it this far, you’ve probably realized that there is no defined right answer regarding when to spay or neuter your pet. The general consensus in the veterinary profession is still that pets should be spayed or neutered; however, there is much more discussion on the correct timing for this.

A general rule of thumb is that smaller breed dogs should be neutered or spayed around 6 months of age ideally before their first heat cycle, and larger breed dogs can wait until they are a bit more mature — usually between 8–12 months, but sometimes older.

The best approach to finding the right time for your pet is to discuss with your veterinarian and figure out how to balance your own goals for your pet with the potential risks that your pet may incur to meet those goals. I’ve had very few people that are unhappy with their decisions after discussing things openly.

The good news as well is that your pet is going to love you regardless of what you choose. Thanks for reading!

It should be noted that shelter scenarios are very different from the clinical scenarios that I describe. The goal remains, appropriately so, in shelter medicine to prevent overpopulation of animals. This article is in no way meant to imply that shelters, or individual veterinarians, are doing things incorrectly. Finally, there are no absolutes in medicine, so the generalizations described here may not apply to your situation, and that is okay!

Curious about a specific topic? Contact me through the main page to request a topic. Thanks for reading!